Internal complexity is visible in Organisations as low value work.

We define Complexity as: “The inefficient and unnecessary waste of time, money and talent on activities which have marginal impact on an Organisation’s Purpose and Strategy.”

Why care about Complexity?

We’ve yet to find an organisation which is optimally simple. By that, we mean time, money and talent is optimally deployed to those activities which create the most value in achieving Purpose and driving Strategy.

Organisations are awash with complexity and the low value work this creates. This complexity blocks innovation, slows growth, decreases agility and disengages people.

Complexity creates drag and friction. It distracts time, money and talent. It can be hard to pinpoint and hard to measure, but we all feel it. PWC estimate that 30% of all frontline staff time is spent on non-value adding activity.

The symptoms of internal complexity vary from Organisation to Organisation. But many remain common and consistent:

If you recognise in these your Organisation, you likely have an internal complexity problem. Your organisation is wasting opportunities to be doing bigger, better things.

The complexity trend is not your friend

The research is unequivocal: complexity is growing. BCG calculated this average increase to be 6.7% a year over the last 50 years.

The consequences of complexity

It should be no surprise that such an increase in complexity has consequences:

“Speed is the new currency of any business”. Marc Benioff, Salesforce.com

In a rapidly changing world, speed really matters. The pace of change will never be as slow as it is today. Dropbox, Instagram and Uber are just three examples of billion-dollar businesses setup in the less than 15 years.

Speed allows organisations to innovate more, grow quicker and change faster. But complexity and speed do not co-occur. Complexity is an antonym for speed. Complexity is the drag which slows an object down, or the cholesterol which slowly builds up inside the bloodstream undetected.

Inspired by our friends at The Ready, internal complexity can be viewed as a future tax. If complexity costs the organisation more in time, money or talent than it generates in value – intervention is needed.

A complexity tax has a current cost (time, money or talent to complete the activity) and a future cost (the future value of the highest value activity the organisation could have been doing). 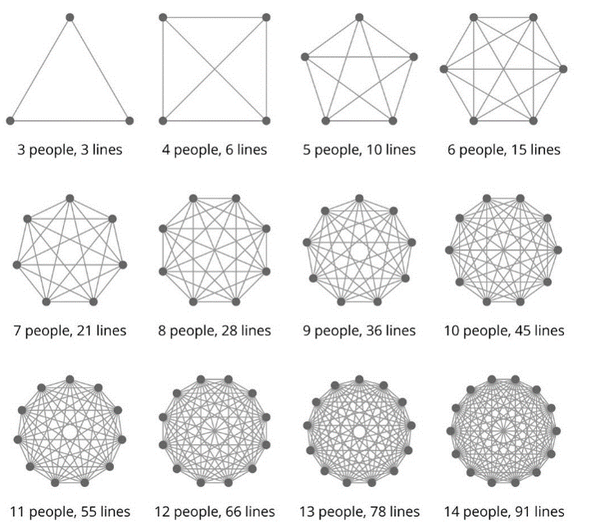 Complexity is set to get worse

If the business case (and common sense) is so obvious, just why does complexity prevail in the Organisations we’re all a part of?

Complex is easier than simple. Complex has become the status quo. In a complex world, our solution to complexity is complexity. Complexity happens automatically, whilst simplicity requires a concerted effort. A bi-product of change and growth is complexity. In fact, complexity can often be a consequence of success.

Organisations are full of people, and people are hardwired to create complexity.

The complexity problem stems from inside, not outside

It would be easy to assume that such an increase in complexity is due to a rapidly changing world. Whilst that’s clearly a factor, BCG found that complexity generated inside organisations is growing six times quicker than complexity generated externally. No wonder 94% of Executives polled by Bain & Co in Organisations with over $5bn in sales say it’s internal complexity which is preventing growth, not competitive threats or a lack of opportunities.

Branding agency Siegel+Gale found that only 1 in 5 employees feel their workplace is simple. However, rather inspiringly, employees in those simple workplaces:

Worryingly, and perhaps unsurprisingly, they found only 2% of people in complex workplaces find it easy to innovate.

Complexity appears for a multitude of reasons. We group these by contextual, structural and cultural factors.

Structural factors include how the organisation is designed, what technology it uses and what data it has available. Organisation designs are largely unchanged from Frederick Taylor’s time when thinking was separated from doing. The knowledge-based workforce and access to infinite data make these designs less relevant. Changing contexts are addressed with new data, new teams, new processes, and new rules.

However, more often than not, complexity manifests from culture. Complexity is created, usually with good intent, by our human makeup. As a race, we’ve progressed and survived by adapting, adding, advancing, creating and inventing things. Similarly, people have progressed and ‘survived’ in organisations for the same reasons, even if improving things can actually do more harm than good. Specifically, the way people think (mindsets), behave (behaviours) and act (habits) create complexity.

We’ve found mindsets which create complexity to include:

Behaviours which create complexity include:

Habits which create complexity include:

We all have a duty to consider how the way we think (mindsets), behave (behaviours) and act (habits) creates complexity. Leaders and Managers set the tone. And there’s work to do. Wharton Business School found that only 27% employees believe the day-to-day actions of senior leaders represented simplicity.

Back to The Killing Complexity Canvas home page