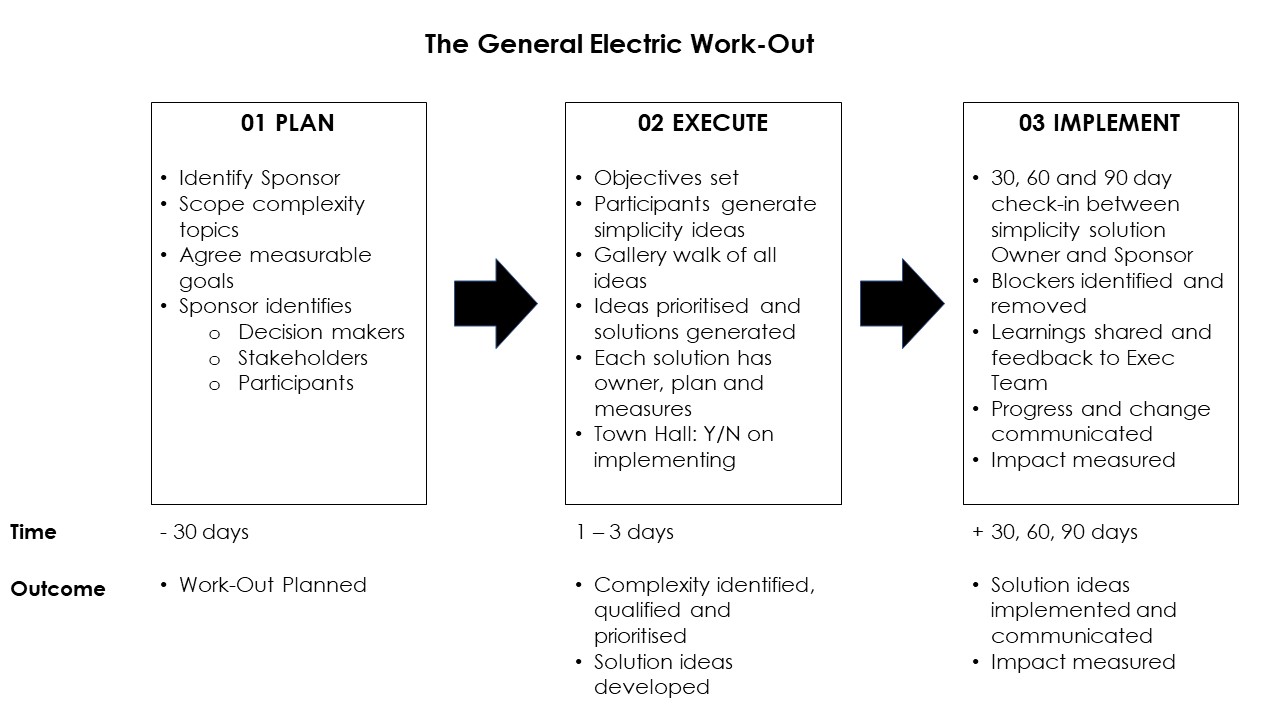 What is the Work-Out?

The Work-Out is a problem solving, change acceleration process which removes BAU organisation bureaucracy. It was named Work-Out because it identified work that should be stopped and removed (out).

By bringing the right people together from across GE, the Work-Out lowered resistance to change and generated energy for business transformation. Throughout the 1990s, it was delivered in all of GE’s main businesses, identifying complexity which affected employees, customers and suppliers alike.

What lessons can we take?

What was the outcome?

Post Welch, simplicity continues to be a core part of how GE works.

Takeaway: GE had the awareness to realise how complexity was hindering performance and the courage to make simplicity a priority.

If an organisation as vast and varied as GE can make simplicity a cornerstone of its culture, it’s possible for any organisation to do so.

What’s more, GE has made their simplicity blueprint open source for others to implement.

Stop. has used the essence of Work-Out in our own client work. Like GE, the outcome is always simpler, smarter teams and organisations, where time is created, money is saved and engagement is increased.